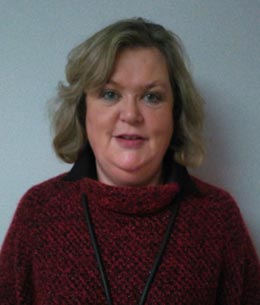 Heather qualified as a Registered General Nurse in the Royal Victoria Hospital Belfast in 1983, working in vascular surgery before going on to train as a Registered Midwife in Royal Maternity Hospital. On completion of midwifery she went on to work in Belfast City Hospital Vascular X Ray Department and then to Tyrone County Hospital Omagh staffing in a surgical department.

In 1990 she completed a Diploma in Community Nursing District Nursing Option. On taking up a post as a district nurse that year in Co Fermanagh she developed a particular interest in leg ulceration, setting up and managing the first community based Leg Ulcer Clinic in 2000 in the then Sperrin Lakeland HSCT alongside her district nursing role, a role she remained in until 2005 when she took up a joint appointment with the Western Health and Social Care Trust and University of Ulster as a Tissue Viability Service Development Nurse. While in this post she was responsible for setting up and developing the trust Tissue Viability Service.

In 2008 she moved to her current post as a full time Tissue Viability Nurse Specialist within the WHSCT where she is part of a team of five TVN's who provide a trust wide service to acute, community and private nursing homes. She was one of the founder members of the Irish leg Ulcer Forum and has been a committee member since the mid 1990's where she holds the post of treasurer. Over the years as a member of this committee she has worked to promote the service delivered to patients with Leg Ulceration in Northern Ireland and has been involved in organising and participating in many conferences and educational events on behalf of the Forum.

The leg ulcer forum was established to promote improved outcomes for people suffering with leg ulcers and related conditions through evidence based practice and education.