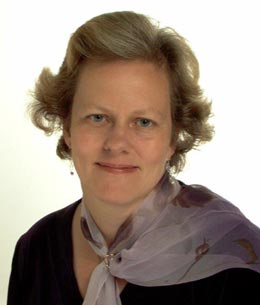 Christine is Professor of Clinical Nursing Research at the University of Nottingham School of Health Sciences and holds other visiting chairs at the University of Glasgow and Cardiff University Medical School Wound Healing Institute. She is also nurse consultant at the Royal Derby Foundation NHS Trust Lymphoedema service in which she leads a research team as well as undertaking a clinical consultancy role.

She has been involved in wound healing research and practice for 25 years and Lymphoedema for 10 years. She has undertaken extensive research in this field using mixed research methods including running national and international clinical trials. She currently heads the International Lymphoedema Framework, an international charity, whose mission is to develop effective lymphoedema care throughout the world. Her areas of research include compression therapy; service development and evaluation; psychosocial impact of disease; chronic wounds and lymphoedema. She has presented and published internationally and in 2016 received the University of Nottingham's Vice Chancellor Award for Knowledge Exchange and Impact.

She was awarded a CBE in the 2006 New Year's Honours List and made a life fellow of the Royal College of Nursing that same year. She has received several life time achievement awards in recognition of her work, the most recent being presented by the World Union of Wound Healing Societies and the Journal of Wound Care in September 2016. In December 2008 she received a Nursing Times Diamond 20 Award as one of the 20 most influential nurses in the last 60 years.

The Leg Ulcer Forum was established to promote improved outcomes for people suffering with leg ulcers and related conditions through evidence based practice and education.